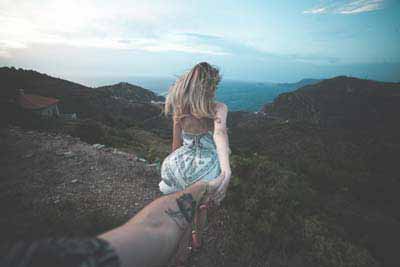 Discover the truth about the preferences of foreign women when it comes to relationship partners. | Photo by Junior Skumbag on Unsplash

Considering all the opportunities online dating has provided for men and women around the world, one cannot help but ask if the statement mentioned above is indeed true. Do foreign women REALLY prefer dating older men?

In practicality? The answer is YES! This is good news for all the men out there who want to settle down with their one and only. Now, the next question you might be asking is, “What is a good age difference in a relationship?”

Most studies have a logical answer to this particular question, but what does it matter? Age is just a number, and love knows no bounds. As long as a man and woman are of legal age, they should be fine and good to go.

Surveys have also been conducted, particularly among foreign women, asking about their preferences when it comes to a relationship partner. A lot of their answers might even surprise you!

Here are some reasons why foreign women prefer older men:

A Quest for Knowledge

When finding a foreign girlfriend, will age differences really matter?

Before anything else, try to learn more about the relationship age gap rule. There’s this thing called the half-age-plus-seven. In simpler terms, this means that you should never date someone who is under half your age, plus 7.

This dictates the acceptable age disparity between two people in an intimate relationship. It is otherwise known as the standard creepiness rule, which plays a big role when you’re trying to create a long lasting romantic bond. Unless both parties are in mutual agreement despite the standards of society, then it’s okay, go for it.

In all honesty, this rule is totally irrelevant when it comes to true love, but to be on the safe side, it’s better to have more knowledge. Learn more about foreign women and what their preferences are in love and relationships. With that, your quest of finding love should be a breeze.