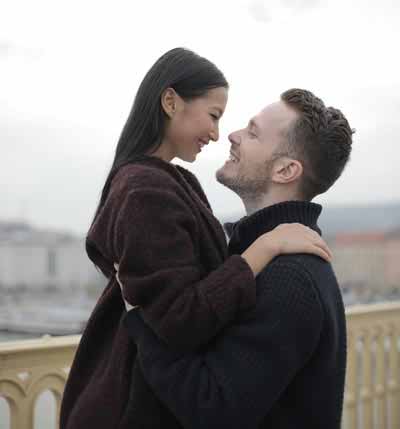 Dating foreign women should be a positive experience for men who are interested in them. | Photo by Andrea Piacquadio on Pexels

If you are into dating foreign women, we trust that you have done some sort of preparation before taking this huge step in your life.

You might have already checked various dating sites for singles where you can conveniently meet foreign women, and looked into professional matchmaking services that can bring you closer to them.

However, we are certain that along with the good, exciting, and worthwhile things you have found out about international dating, there is also some not so savory information that you've heard of.

In this blog, we are set to clear out these negative stereotypes surrounding dating women from a foreign country.

Most of the time, these bad comments come about simply because of misinformation or, for the more unfortunate reason, single men who may be holding grudges for their less successful dating experiences.

Whatever the case, we are here to uncover the truth about these negative stereotypes.

If you are ready to dismiss these falsehoods about dating foreign women and ultimately enjoy the beginning of an exciting love adventure, continue reading below.

1. Foreign women are only in it for the money.

This may be the most common belief about dating a foreign woman — that each one you meet is only looking to extort money from you.

While not all foreign ladies you meet in the international dating scene are quite well-off, that doesn’t automatically mean they are “gold diggers”.

You have to understand that women today are career-driven and they strive to earn their keep. They also have their own resources when it comes to availing services of any foreign dating site.

If they were truly into dating men for money, why pick foreign guys who are far away and harder to persuade? There should be plenty of men from their home country where they can get a quick buck.

All things considered, it’s better to trust any foreign girl who goes through the same exhaustive process that you do when it comes to international dating.

2. Only young and good looking men are wanted by foreign women.

This statement could not be any further from the truth.

There has been a continued rise in the number of relationships and marriages that are considered “May-December romances”. In this type of setup, couples are most likely to have a significant age gap.

Nowadays, these women — who have invested their time, effort, and resources into finding a perfect match — are more experienced in life, looking into stability and maturity more than the physical attributes of a man.

Whether you’re in the same age range or a decade older, and whether you consider yourself the typical handsome face or not, foreign women will pay no mind as long as you respect them and treat them the same way you would want to be treated.

Ironically enough, this stereotype is similar to how foreign ladies perceive younger men as the playboy type, which is also one of the reasons they prefer dating a more mature partner.

3. International dating sites and programs are all scams.

In this modern world, almost anything can be a scam. We also understand how this can be a huge concern for men and women who want to experience foreign dating.

However, if you think about it, shouldn’t there be less dating apps and websites if people are losing interest and confidence in them? The opposite seems to be the case, with the industry continuously growing every day.

Another fact to counter this with is the rising number of interracial relationships brought about by foreign dating.

In the United States alone, a significant percentage of the population attributes to online and overseas dating, as these platforms have led them to meet their better halves.

Scammers are easy to spot as they offer the honey too easily. You will notice that certain services seem too loose, including the policies, and that there are some women who will be rushing to get your commitment.

Always be vigilant when signing up with any online dating program. Consider joining those who have been in the game for years and have helped many, many couples come together.

4. Men who date foreign women are nothing but losers.

One of the great things about international dating is that you can meet anyone wherever they may be in the world, whatever time it is.

Modern technology has expanded today’s dating scope and removed geographical limits altogether. Thus, it comes as no surprise that many western men would take an interest in dating foreign women.

This, however, doesn’t mean that they were unable to land a date locally and have resorted to moving internationally.

It is only logical to try dating in different countries if you want to be noticed amongst an ocean of guys who are looking to find their ideal partner.

Men who venture out to unfamiliar territory are found to be more fortunate in being able to find love compared to those who prefer to be passive as they let their chances fly by.

Dating can be beyond your own backyard, and it’s only you who will be missing out if you don’t at least consider opening your doors to the possibilities. For all you know, you could be traveling the world and end up finding lasting love among foreign women.

The Truth About Dating Foreign Women

There are many stories linked to dating foreign women — happy and good ones, as well as the unfortunate, baseless stereotypes.

Whichever you hear that makes a particular impression on you, it will surely dictate what can happen to your plans of meeting and dating women from foreign countries.

We hope that with this blog, your worries and concerns will have been cleared out, and that nothing will hold you back from following your heart’s desire.

Another sure way to know if foreign ladies are nothing like the wrong comments told about them is to connect with them and meet them personally.

Sign up with legitimate dating sites and matchmaking services, start dating foreign women, and you’ll be with the perfect lady to love soon enough.