Our Next Angels of Passion Singles Tour Departs January 26, 2023

Newest, beautiful, single women now added for week of Wednesday, 7 December, 2022 - Tuesday, 13 December, 2022
Your opportunities here are truly worldwide. Explore our site deeply to see how you can realize that!

Learn the Beauty and Culture of Asia 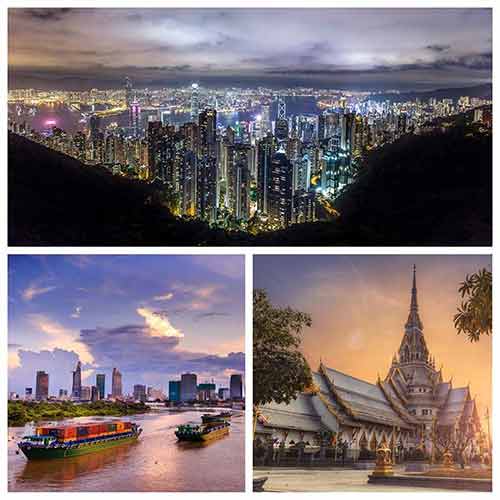 Fall in love with the beauty of Asia.

Located in the Eastern and Northern Hemispheres is the world’s largest continent, Asia. A land rich in biodiversity, industrialization, and economic status. A land of beauty and significance. But what really made Asia special and different from other continents? Let’s go deeper and learn the beauty and culture of this continent.

Asia is tagged as the continent with the highest number of population. Its stance in both human aspect and geographical structure are what made Asia the biggest and well-preserved among other continents. This is where the major economic royalties in the world situated such as China, India, and Japan. This is also home to a lot of world renowned artists, business tycoons, and even for those who are involved with competitions such as beauty pageants and sports events.

Asia varies widely in culture, this is true to the divided regions in the continents: East Asia, South Asia, Southeast Asia, West Asia, Central Asia, and North Asia. These cultures differ and it’s explicit to know that these are the main reasons how each country came to be what they are right now. 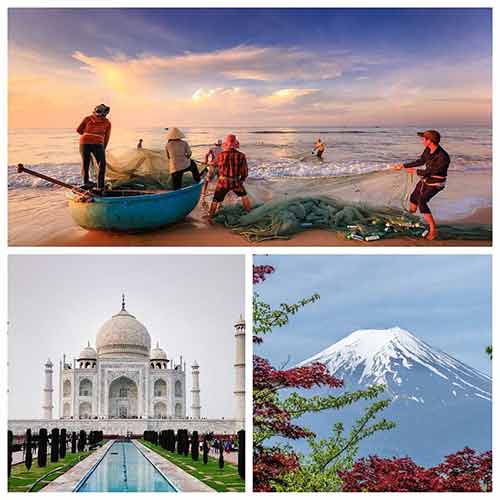 Take into account the attractions and culture of Asia.

In East Asia, the most influential country is China. Its language became the most acquainted in all countries in the East Asian Region. The religion which is the most popular in the countries of the said region made them unified and more affiliated. While these are the linking aspects of East Asia Region, the music, costumes, and traditional dances still varies among the nations.

For South Asia, this is where the major religions were founded. This is the form of Islam, Buddhism, Hinduism, etc. This is also where a share of culture is observed; like Nepal to India, and Sri Lanka to India. Meanwhile, Southeast Asia Region varies much with its cultures. For example: the Philippines, they derived their culture from the American and Spanish colonization. Other example include with those of Thailand, Cambodia, Indonesia, and Myanmar. These cultures elevated the countries and eventually constructed attractions for the nation’s tourism.

For West Asia and Central Asia, where lively and rich culture resides. A mixture of culture is widely seen in the West Asia, although most countries are located in the deserted places. Music and cuisines are the main branches in the Central Asian culture. And lastly, with the North Asia, which some areas are part of the Russian zone. So basically, the culture is already influenced with the Russians.

Single Women of Asia in Love : What makes them the best Companion for Eternity? 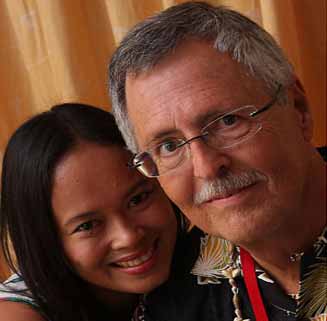 Meet your future wife by getting committed with our site’s successful service and tour affairs.

Single Asian women are some of the most beautiful women in the world. An Asian woman could be your ideal companion given the best of all cultures across the globe. Women of Asia are not just about the looks, their attitudes which they obtain from their culture and tradition are what they are proud of. This is a pride Asian ladies should show to men of western influence, a pride worthy enough to get full attention and be appreciated.

To name some of the attractive single women of Asia, who happened to be the Chinese, Filipina, Thai, or Japanese women, your quest for an Asian bride should come to an end immediately if you choose to meet and marry these women.

A single Japanese woman can carry out herself confidently. Single Japanese women are hot and alluring. Their flawless and white skin are the sought after among these women. You’ll be lucky to meet and date them.

Meanwhile, single Thai women are women of substance. They don’t have just the looks but the characteristics most foreign men dreamed to have. Women from Bangkok are the most dated by men. Their culture and religious background held them worthy for someone’s love and affection.

For single Chinese women, love is sufficient enough to live and get married. Their small and cute eyes are the most tempting. Women living in Shenzhen China have natural beauties and are goal minded. They are not just beautiful physically, they are charming and angelic. They are well-driven and their attitudes are explicit. 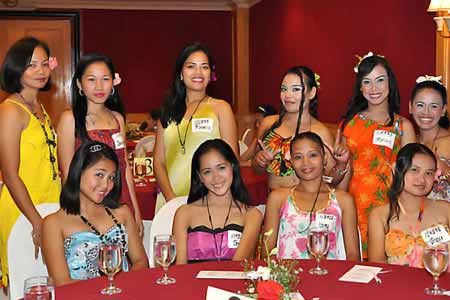 If you are truly committed in finding your beautiful bride, join our ever-growing service now!

To describe the single Philippine women, marriage-minded and hospitable attitudes could be the best descriptions. These women are family oriented and does everything to make a home an ideal place to live. They acquire these traits from cultures both from America and Spain.

Ladies of Asia are well-trained to be the best brides. They are known to be loyal, loving and family oriented. With strong family ties, preserved traditions and culture made Asian women one of the most sought after brides. They are the most chosen in every relationship and companionship.

An Asian lady is just waiting for your affection and love. Every single Asian woman needs a partner worthy enough for them. Every single Asian lady are admirable and trustworthy. If you’re thinking about scams and money issues; remember, these women are not after your wealth, they are after your love and attention. Remember that these Asian brides are marriage-minded and are filtered to be your best companion for life.

Newest, beautiful, single women now added for week of Wednesday, 7 December, 2022 - Tuesday, 13 December, 2022
You have to meet the women to marry them! What other international dating site offers you numerous opportunities to do that?