Our Next Angels of Passion Singles Tour Departs January 20, 2022

Find and Date Women of Angels of Passion

Newest, beautiful, single women now added for week of Wednesday, 19 January, 2022 - Tuesday, 25 January, 2022
During this COVID-19 crisis, be assured we are still working daily to ensure your success! 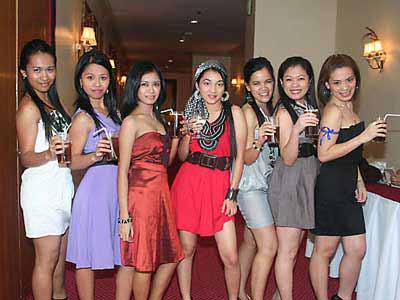 Get to learn few foreign culture through attending our singles tour!

Match, Plenty Of Fish, Zoosk , Anastasiadate or Love Me--- all are dating and matchmaking sites conspicuously influencing lives of internet savvy or non-savvy singles. All are being used to suffice that multiracial relationship craving, to serve enough fire in discovering love beyond an affection seeker’s border. They say it’s merely for hookups, but little did some know, these are legit and authentic services with the goal of meeting personals around the globe and find true and lasting love.

It’s been decades since these sites emerged in the virtual world. The emergence of multiracial relationships has become one of the reasons why we have mixed races today. This is not new to us anymore due to the ongoing growth of interracial marriages revolving between Americans Asians, or European men and Latinas. This foreign dating does not only give the satisfaction in finding a serious and genuine relationship but also allows you to taste a new and firsthand culture. That is why recognizing some foreign women’s culture in dating is of big consideration you might want to study out.

Here in Angels of Passion, we help men discover love with single foreign women across the globe. This is where they get to acquaint with a lot of lovely ladies with different races including: Asians, Latinas, and Europeans. These worthy and exotic women are also hopeful in getting matched with a single, mature man who is stable enough in any form of life aspect. These women believe that men of age have the ability to nurture relationships and are great caps in decision-making. Now, let us learn on how men should adapt to the foreign culture they might come across with. This is an important knowledge a man should take into account especially in dating women from Angels of Passion.

Foreign dating could be a skeptic move someone will ever do, but learning a foreign culture is more than what you need. You won’t just get exposed to a very different culture or tradition but you’ll get to experience it by yourself! If you are serious at least in doing it, that will help you gain more trust and faith to foreign singles. This opens the door for the best foreign matchmakers that will introduce you to scheduled singles tours. To fully give you an insight of the kind of culture these single women in Angels of Passion have, we have decided to hover all the races the site has. Get to know the dating culture of the foreign nations inside the vicinity of Angels of Passion!

Asian women are known to be very family-oriented and conservative. Hence, their dating culture is mostly adapted from their values and families. They are traditional women who are focused on observing more the valued side of man rather than their looks. Their spiritual and cultural upbringing allowed them to be one of the most sought-after brides in the world. They take pride in their families and set them as their top priority in life along with the ones they choose to tie the knot with.

The dating culture in Asia is more laid back because of its traditional care. You’ll be amazed on how they put a great importance on their families; thus, expect the fact that dealing with their families is one of the most effective ways in getting a sweet “Yes” from her. The races inside Asia maybe diverse, (you may not see what’s written here in general) but one thing is for sure, they are sometimes picky, especially if you are not into making and founding a good home full of love and respect.

Latin women are far more independent than women from America. This means that they are fierier than what you thought. But behind this fierceness is a passionate attribute which men are craving to have for their woman. Another culture this race is known for is being dance aficionados. Learning how to dance salsa is not really a must for you but knowing at least a few steps is better than nothing. Hence, depend on this and you’ll likely have a successful dating experience with Latinas.

Dating culture in Europe, specifically in Ukraine and Russia, is kind of hard at first. These single Europeans, both Russian women and Ukrainian ladies, prefer dating men in a longer manner. This means that the more they get to know the person, the more they’ll be sure in considering you as a great catch! They tend to date you longer---it would even take months--- compared to some races which will only take you two to three weeks of courtship. Aside from this, these women are probably the top of all the best brides in the world. Consequently, you’ll be very lucky to have them as your companions.

Have yourself an Angels of Passion woman now and get to experience a new kind of love kindled by the fire of true affection and cultural understanding!

Newest, beautiful, single women now added for week of Wednesday, 19 January, 2022 - Tuesday, 25 January, 2022
You have to meet the women to marry them! We have group singles tours departing nearly every month!