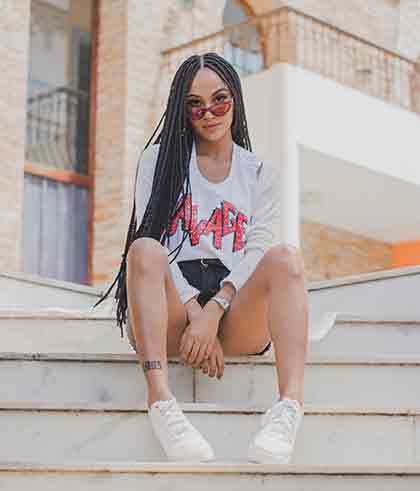 Watch out for these signs of a flawed relationship when dating foreign women. | Photo by nappy on Pexels

As men, it’s not always a sugar-coated world out there in pursuit of the right woman. We wish it was, but reality never misses the chance to sink in, reminding us that there are women who are driven by selfish ulterior motives, although there are also those who are pure and genuine.

It would be good to have that machine-like ability to detect who is sincere and who is not. If this were the case, you would never waste time pursuing the wrong foreign women.

So whether you are in a relationship or on the verge of starting one, it is always best to start with yourself. A quote from Sun Tzu’s book The Art of War states, “If you know the enemy and know yourself, you need not fear the result of a hundred battles.”

Stability in one’s identity enables you to have clear convictions when choosing a lifetime mate, or if you are committed to one now and are suspecting some red flags from her, to decide properly. When you have a sturdy foundation of yourself, you draw the right person to you. Many consider this the Law of attraction.

If you want to save yourself from heartache, mirror yourself towards your idea kind of relationship. When it comes to foreign women, there are more factors to look into when forging a romantic relationship due to the differences in cultures and beliefs. As such, the following are some silent red flags in a relationship that you need to be wary of:

Yes, we know. We shouldn’t jump to such a conclusion so quickly if a potential partner asks for money from you. However, take a look at the frequency and validity of her reason for requesting money to discern whether or not it is legitimate.

As a man, it is believed that you have a rightful judgment so you can tell what the real motive is. It is a universal impression that money dealings are quite a sensitive issue, therefore having a girlfriend who touches on that more often is deemed mysterious, and in most cases, questionable. It might as well be considered a major red flag and surfaces as deal breakers for most men.

You are her boyfriend or future husband should you both decide to nail the relationship to that level. If she’s decent enough, she would be cautious on this matter and not seek financially from you (often). Unless, of course, if it’s a dire situation, like if a family member of hers was met with an accident or other emergencies that may have occurred, then you, as her beloved boyfriend, need to be there not only to comfort, but also to help, if you can.

It is only natural to view this as part of the relationship. Yes, successful relationships require an element of sexual compatibility. Feeling uncomfortable about that may signal the wrong match. Similarly with finances, you and your partner are grownups who can make your own decisions, but if your girlfriend seeks intimacy more often than you think, then that too can be considered one of the many relationship red flags.

While a healthy relationship between a man and a woman couldn’t exist without intimacy, if you feel that your partner is going after this more, then there is a need for you to confront her regarding it. Again, this can be one of the warning signs indicating that your girlfriend isn’t genuinely in love with you and is just sexually motivated.

Real love in a relationship springs beyond the physical. This is an understatement. You ask long-term couples who have weathered the storms in being together and they’ll give you the same answer as to the tips or secrets of staying in love. Physical intimacy is important, but it is not what keeps a relationship intact.

A loving relationship is meant to be celebrated together with the varied personas, experiences, and the rest that comprise the beings of the two people involved.

Do Foreign Women Date Men or Their Status?

We all want a relationship that is genuine. Nothing hurts you more than knowing that your girlfriend is committed to you for the shallow reason of having someone to flaunt around, particularly to friends and family, or any other person in her social circle. With that being said, it is advisable to be familiar with the culture that your partner grew up with so as to avoid frustrations.

Not to dispel your partner’s norms and values, with all due respect, but this is most likely to happen from a practice where women are pressured to settle down in the years of young adulthood, usually in the early to mid 20s. The reason that this is a cause is that your partner might just be in a rush to get involved in a relationship with someone even if it compromises the sincerity of motives, or in this case, love.

This is not a common occurrence, but it could transpire. When you notice your girlfriend clutching onto you like you’re planning to run away or if she focuses more on showing you off as if you were a prize to behold, better check and have a talk with her without meaning to show a lack of trust. This might be one of those red flags in a relationship with a woman.

Have you ever experienced in your previous relationships where your partner constantly seeks your time? Such as forcing you to come to an agreement that you call, text, or spend time with her more often than your viability? Is this happening to a point where you feel the relationship is toxic?

You might think that this is trivial, but it could pass as one of the small red flags that you need to watch out for.

For a long term relationship to work, there needs to be a give-and-take process, so mutual understanding is vital. You are true to your partner, so there is no need to worry about sacrificing your energy in spending an unwanted time spree with her. You also have to make a living or attend to other needs which are necessary in making your relationship progress into something more.

Yes, There Are Red Flags to Watch Out For

Remember that our heads are placed above our hearts, so it’s healthy to balance the two. This is to avoid pain for both you and your partner. Investing yourself in someone, especially in terms of romantic emotions, is always a risk.

Different people have varied coping mechanisms. The degree of vulnerability to agony doubles when it comes to being in a romantic relationship with foreign women. All things considered, enjoy your romance with much discernment.